Using the established template from Tutorial 2.1, expanding the functionality to add a RSI indicator to a stock chart is relatively straightforward. The basic framework which pulls stock chart data is already in place, so this tutorial will focus solely on the functionality required to create the Relative Strength Index chart. The RSI is "an extremely popular momentum indicator" according to stockcharts.com, measuring the speed and change of price movements.

The indicator is based on smoothed average gain and average loss values over a pre-specified period. As such, the indicator only requires a single input parameter: the look-back window, which is commonly set to 14 periods. As for the calculation of RSI itself, it requires the following input:

In addition to the RSI value, most charts include a high and low boundary, which in turn can be used as buy/sell signal. Whenever the current RSI hits a boundary, traders take it as an indication to buy in the 'opposite' direction, trying to profit off the assumption that, on average, buyers and sellers are expected to keep each other in relative equilibrium. 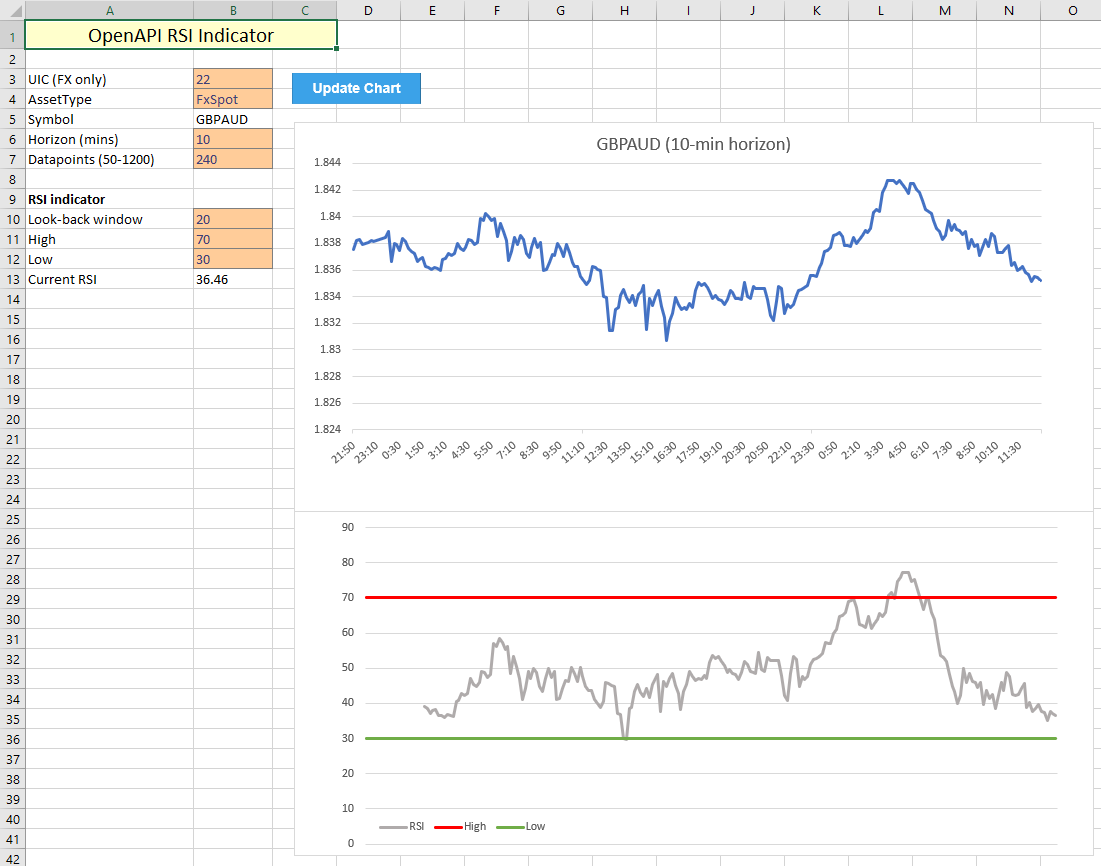 As before, a number of named cells are determined upfront to simplify the VBA implementation: 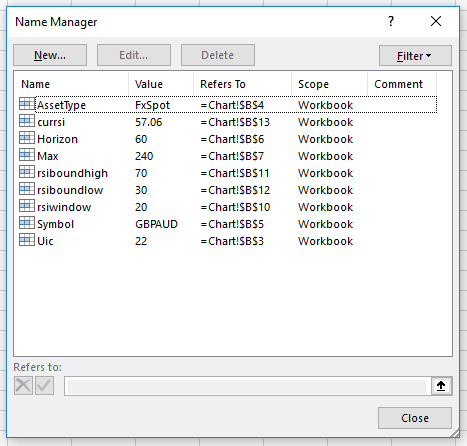 In a similar vain as the previous tutorial, we use the Data sheet to compute all required datapoints and send the results back to the Chart sheet to update the graphs and values. Because this indicator only takes a single input, creating dynamic graphs is relatively simple, as the starting point of the RSI datapoints only has to offset by the time window interval.

As for the VBA code itself, the below snippet shows the calculations made on the Data sheet. Some key points in this script are:

As before, we confirm the validity of the generated chart by comparing it to the RSI graph generated on the SaxoTraderGO platform. Let's consider the following random scenario:

In GO, the following graph is created:

Which compares very well to the Excel implementation. In addition, the current values of RSI are both in agreement at 63.88, indicating that this currency cross is close to being oversold (given the above assumptions).